Reggie Matthews knew what he wanted his future to look like earlier than most. “I had dreams of going to the University of Michigan since I was in 8th grade. That was the only university I wanted to go to, and I had no interest in even looking at other schools.“

That dream of going to the University of Michigan continued into Reggie's high school years, with Reggie applying to University of Michigan as his top choice school, along with a few HBCUs (historically Black colleges and universities), which was a recommendation from his parents, who both graduated from HBCUs. Then, college admission letters started arriving. “Ironically, I got deferred from the University of Michigan. A few months later, I was accepted into both U-M and Morehouse College on the same day, only a couple hours apart from each other.”

Reggie was so excited to have been accepted into his dream school, but before he fully committed himself to attend U-M, his mother had an idea for him. “My mother wanted us to take a trip down to Atlanta to visit Morehouse College. At the time, I didn’t understand why we needed to go tour Morehouse. I knew I wanted to go to U-M, I got into U-M, so I didn’t understand the point of us making the trip to Atlanta if I already had my mind made up.”

Once Reggie arrived at the Morehouse College campus, he came to a realization he wasn’t expecting. “It was being around other Black men that looked like me, that made me feel comfortable enough to attend Morehouse. I realized I’m not going to be 1 out of 400 in an English class at U-M, but rather I’m going to be Reginald Matthews in English at Morehouse, where the teachers and students look like me. Granted, we all came from different backgrounds, but there were common things that we could all connect on and help each other through.

"It was almost like a light switch went off during that campus visit, and that’s when I knew I wanted to go to Morehouse College. Looking back, I’m truly so glad my parents opened my eyes to attending an HBCU.”

Back when Reggie was in middle school (with his heart still set on going to U-M), he had a dream to become the next Anderson Cooper or Wolf Blitzer, with his own primetime news show. Reggie had plans to study journalism to accomplish that dream, but after an honest conversation with his parents during his junior year of high school, he realized that goal may not be as realistic as he thought.

This led Reggie to major in something he felt had transferable skills: Political Science. Reggie minored in Journalism, as it was still a passion for him. Near graduation time from Morehouse, Reggie started to have a real interest in law and attended Southern University Law Center for law school.

Working alongside big names in entertainment, sports, and media

Out of law school, Reggie was working at an entertainment firm, where he was doing brand deals, copyright contracts, and recording contracts for artists and entertainers. When asked about one of his favorite moments with an artist, Reggie remembers meeting (and hanging out with) Stevie Wonder.

"One year, we were honoring Stevie Wonder at the Gala for his contributions to the music industry. At that time, I was working as the liaison for all the celebrities that came through the Alumni Relations office. Because of this, I was able to hang out with Stevie and his son, and it was just a really cool experience. It’s pretty awesome to be able to say that I was able to sit in the same room as Stevie Wonder and hear stories about Diana Ross. It was just surreal.” 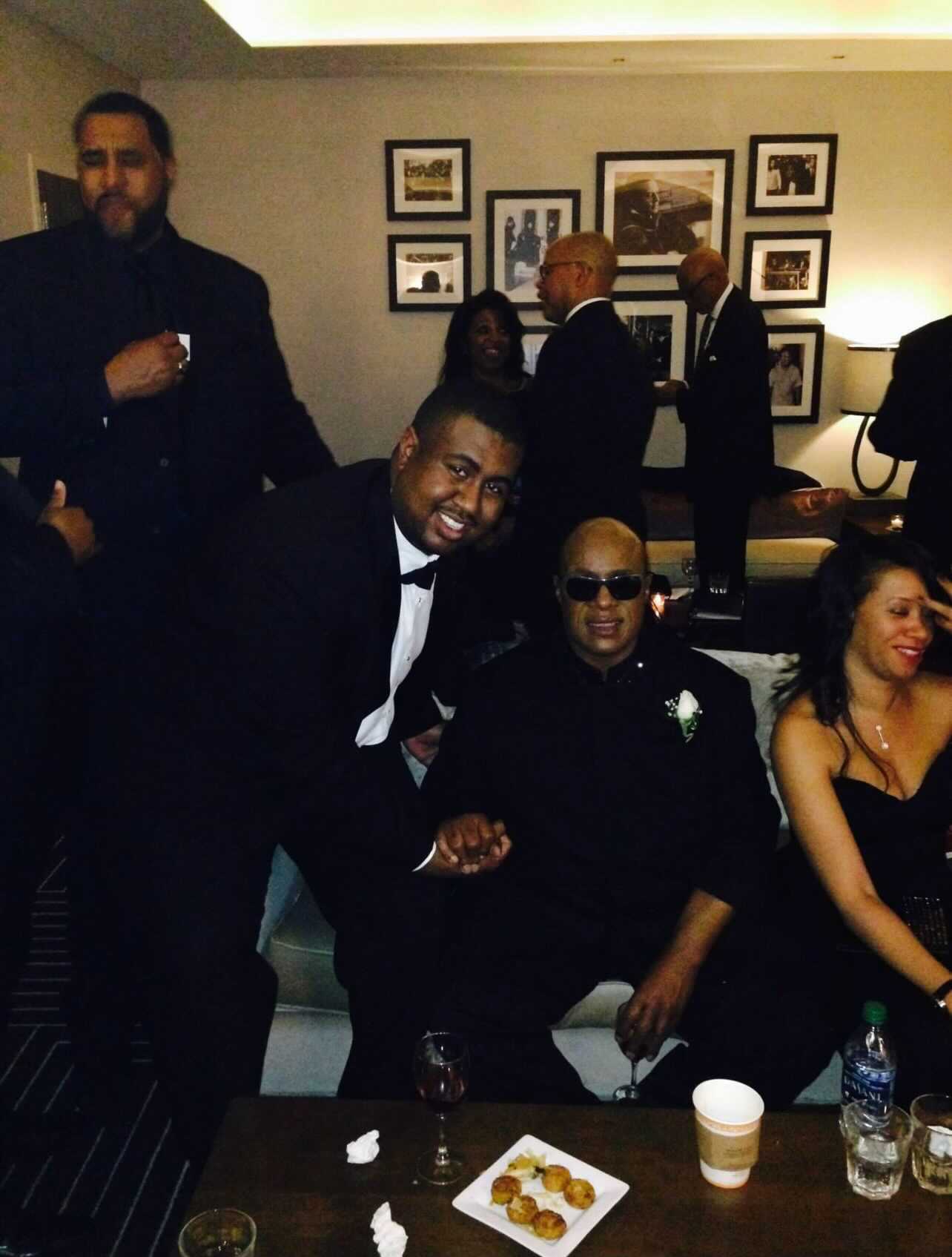 How he ended up at Calendly

While working at a law firm in college, Reggie became a user and fan of Calendly. Part of Reggie’s job at the firm required scheduling meetings, and he found Calendly to be a great tool to schedule meetings without much effort.

Reggie always had an interest in start-up culture, but after meeting with several tech and start-up attorneys and being told that he didn't have the proper background, Reggie’s tech law dreams were put on the back burner. That is, until he landed a job at Apple in law school and was able to connect with attorneys working in several different capacities within the company, all with different and unique backgrounds.

After deciding that he was willing to go the route least traveled into tech law, Reggie focused his sights on tech start ups again and thought Calendly would be a great place to start his career — especially since he had a real passion for the product.

“Something kept telling me to watch the Careers page on the Calendly website, and that the right role will come up for me. A week after I graduated from law school, a job popped up at Calendly. Unfortunately, I just didn’t have enough experience for that role. But I didn’t give up because I knew Calendly was where I wanted to be. I applied for two more roles, and third time’s a charm, because I got the role, and I couldn’t have been more thrilled!”

Why he’s excited about his future with Calendly

Now that Reggie accomplished his goal of joining a tech start-up, he’s excited for the future ahead at Calendly. “I’m excited about the growth opportunities and the number of tasks that I get my hands on as someone who graduated from law school less than two years ago.

"When you graduate from law school, you usually go to a big firm and are behind a desk for two to three years just doing research or drafting. At Calendly, I’m handling issues that my colleagues won’t see for probably three, four, five years. I get to work on business decisions, I get to be creative with problem-solving and making sure we adhere to certain laws.

"The amount of work that I’m exposed to, even on a daily basis, is just a unique experience that not many get to have. I couldn’t ask for a better 'big boy job' out of law school, or even a better team to work with. The team that I have here at Calendly really allows me to grow. They even mentor me because they want to see me be successful. That can be hard to find right out of law school, so I truly could not have asked for a better team to be a part of.”

Want to join our team at Calendly?

We’re hiring! Check out our careers page for current opportunities.

Meet Amanda Lynn, Calendly's Product Manager, and learn about her unique career journey that led her to Calendly.

Find a career for you

We offer the opportunity for talented individuals to do the best work of their lives.